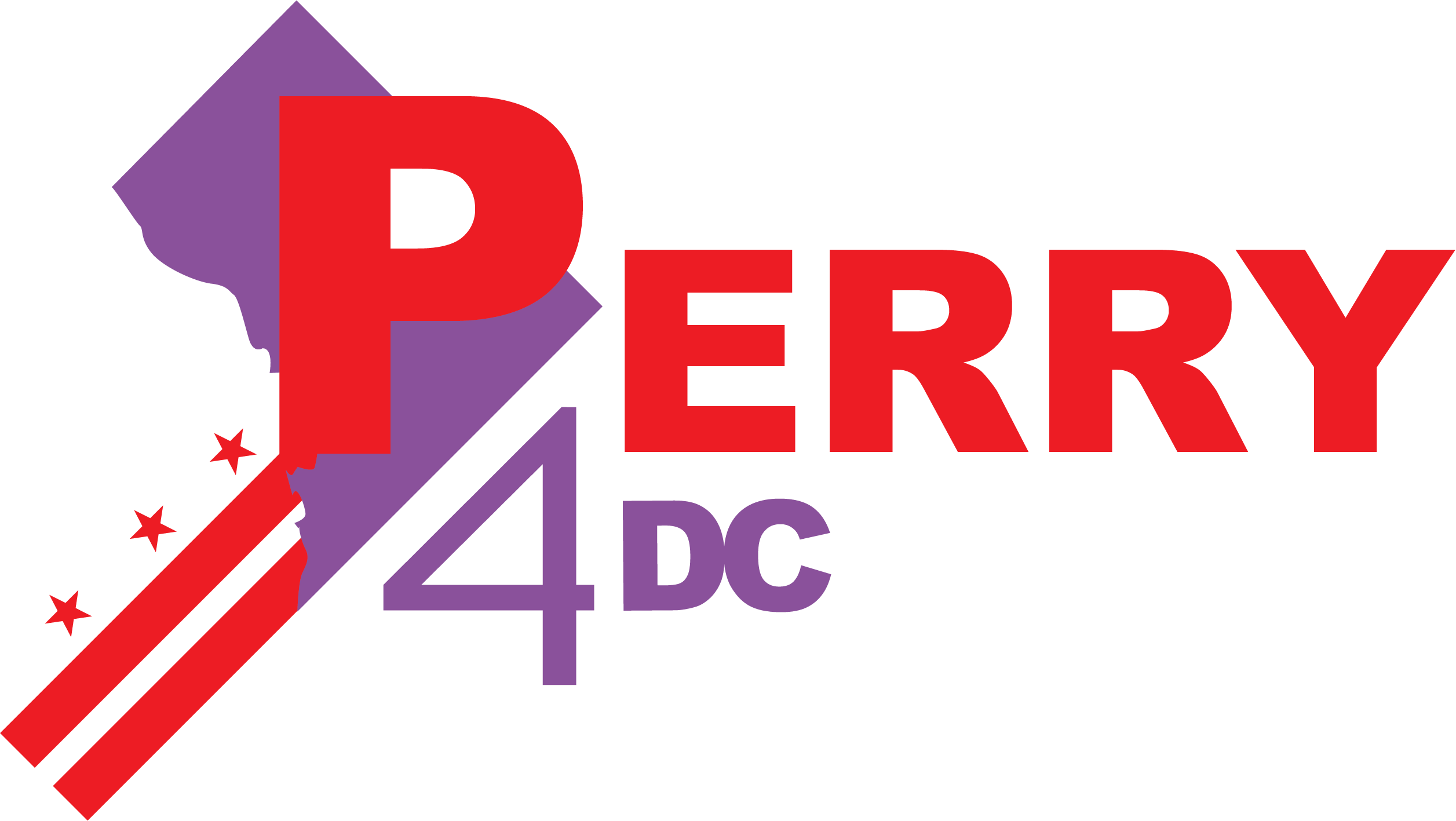 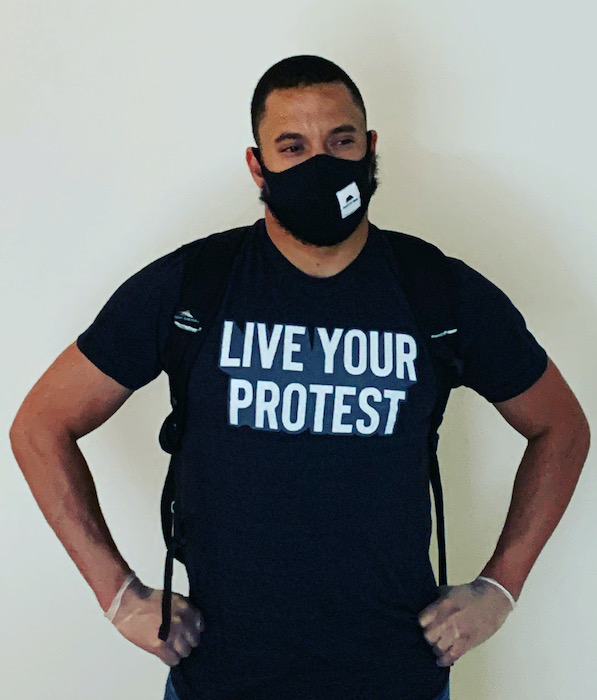 In August 2019, I accepted the position of Professor and Chair of Political Science at Howard University. Since arriving at HU, I’ve advocated for LGBTQ inclusive curriculum and experiential learning on campus. I’ve spoken in favor of DC Statehood at the foot of the Washington Monument. This summer I also proudly marched alongside student marchers leading a George Floyd protest from HU to the White House and I spoke at the rally alongside former NAACP President and CEO Rev. Cornel Brooks at the barricades in front of Lafayette Park.

In July 2015, I moved to Richmond, Virginia and taught political science at Virginia Commonwealth University (VCU). At VCU, I supported students’ efforts to develop an ethnic studies curriculum, and supported the efforts of the student activists #BlackVCUSpeaks. In my first year at VCU, I caused some controversy in national conservative media circles as an invited guest speaker at a suburban Richmond public high school’s first-ever Black History Month celebration, where I dialogued about structural racism and screened the African American Policy Forum’s Unequal Opportunity Race cartoon video about discrimination and privilege, causing an uproar in the school district about culturally sensitive education in Virginia public schools. This event led to the video being dubbed a “white guilt” video with significant national coverage in the Washington Post and Fox News, among other outlets.

I served on the City of Richmond’s Human Rights Commission, appointed by Mayor Levar Stoney. I was also a member of the Board of Diversity Richmond, where in February 2017 I co-created and led the organization’s first-ever programing for Black LGBTQ History Month, including the region’s first ever Black LGBTQ Gala, featuring a month-long self-portrait photo exhibit of area Black LGBTQ community members throughout RVA. The series of events with the state’s Black History Museum is the first-ever known collaboration between a regional LGBTQ organization and a statewide Black History Museum in the country. In March 2018, at VCU, I co-hosted the 46th annual conference of the Association for Ethnic Studies, featuring the theme: The Ongoing Struggle: Confronting White Neo- Nationalism, 21st Century Racism, and Settler Colonialism. In July 2018, I proudly assisted organizers of the first ever Black Pride in Richmond, Virginia to host the closing worship service at Third Street Bethel AME Church – the first AME church to host openly Black LGBTQ persons as part of a weekend celebration of pride.

In October 2017, at the age of 36, I was elected as Chair of the Department of Political Science at VCU. One of the youngest chairs of a ‘R-1’ department at any university in the United States, at the time I was the youngest, first-ever Black, and first-ever openly gay chair in the department.

In 2012, I moved to Starkville, Mississippi to work at Mississippi State University (MSU). At MSU, I desired the opportunity to work in one of the few political science departments in the country with a Black chair, There, I initiated the effort in African American Studies to host the first-ever Freedom Summer Conference, bringing together international scholars and former Freedom Riders to commemorate the 50th anniversary of Freedom Summer. I also developed and led the program’s first-ever MLK Oratorical Contest.

Still, while at Mississippi State, I led a “Die-In,” one of the earliest university marches and rallies in support of Black Lives Matter (and the first in the SEC). I also served as founder and faculty adviser of the LGBTQ+ Union, a student organization who sought to use the tools of activism to advance equality and equity for underrepresented sexual minorities.

Finally, while living in Mississippi and working at Mississippi State, I was a key participant in the City of Starkville’s equality resolution effort to add LGBTQ non-discrimination protections for municipal workers. I was also elected a member of the Board of Directors at the ACLU of Mississippi. While with the ACLU, I also served as the Affiliate Equity Officer, where I was responsible for the development and oversight of the unit’s affirmative action compliance.

My first job after graduate school was at Clark University in Worcester (“Woosta”), Massachusetts. While at Clark, I led the effort to re-establish the Worcester unit of the NAACP and was elected President (the first-ever openly-gay President of color in the history of the national organization). While President, I created and led the city’s first-ever march and rally for Troy Davis and also for International Day of Human Rights. On campus at Clark, I co-led the drive to develop and propose a Diversity Action Plan, which ultimately led to the development of a university-wide Diversity Task Force that, for the first time (after decades of trying) set into motion the creation of the university’s first-ever Chief Diversity Officer position and office. While at Clark, as one of four Black faculty, I led the effort to institute the university-wide Martin Luther King, Jr. Symposia and Black History Month Commemorations.

After Michigan, I served as the campaign headquarters manager of the city of Toledo’s first-ever Black mayor re-election campaign.  In the fall of 2005, I enrolled in Brown University’s Ph.D. program in political science and earned a Master of Arts degree in political science in 2006 and a Ph.D. in political science in 2009 at the age of 26. At Brown I led the reinvigoration of the Nabrit Black Graduate Student Association as their president.  While living in Providence, Rhode Island, I co-led the effort to re-establish the state’s only alumni chapter of Kappa Alpha Psi Fraternity, Inc.

Following high school, I was nominated to join the U.S. Air Force by my hometown Congresswoman, Marcy Kaptur (D-OH). After receiving offers at the University of California-Berkeley, the University of South Carolina and elsewhere, I enrolled at the University of Michigan where I obtained a Bachelor of Arts degree in political science with university honors in the winter of 2004. At Michigan, I founded and reactivated the school’s NAACP chapter, and as membership chair, created one of the largest NAACP college chapter in the country in 2003. I also ran for president of the College of Literature, Science and the Arts, student government and led the effort to host a national NAACP rally at the 2003 Michigan affirmative action oral arguments that April. After Michigan, I served as the campaign headquarters manager of the city of Toledo’s first-ever Black mayor re-election campaign.

While in high school, my interest in politics blossomed as I became active in student government and was elected student body president. I won the first-ever State of Ohio King’s Oratorical Contest sponsored by the Ohio Martin Luther King Holiday Commission. I organized the region’s first gospel music youth group competition: Youth Excited for Christ, a weekend of friendly competition and showcase of musical talent. In high school, I also created the City of Toledo’s Youth Empowerment Award bestowed annually by the Board of Community Relations to adults who volunteer significant hours of their time to the nurture and development of area youth.